A disclaimer up front: I drafted this column in my head while lying on a sun lounger at Jumeirah beach, on an early April Saturday with absolutely perfect weather. So maybe I am biased.

Throughout my week working in Dubai, I kept thinking about the polarised reactions a mention of the emirate elicits from people in the UK and Europe. They split almost evenly into two camps: envy (“I am so jealous, take me with you”) and disdain (“Ugh, it is so fake, how could anyone live there?”). I’ve been visiting Dubai regularly for the past 20 years and always leave here feeling inspired, intellectually stimulated and intrigued, so I have little time for the latter viewpoint, based as it is on the simplistic, misguided principle that flashy and new are inherently inferior to quaint and old.

Don’t get me wrong: Dubai is not a perfect place. There are valid critiques, such as those concerning the safety and treatment of the migrant workers who build Dubai’s spectacular structures, they are just usually drowned out by more superficial sneers about its alleged lack of culture or depth.

Out with the old, in with the new

Much of this admittedly comes down to personal taste and cultural background. As an American, I am not put off by the big, the bold and the newly born. I love modern architecture and sleek new buildings, and in contrast tend to associate the ‘period properties’ beloved by Londoners with bad plumbing more than charm, with actual mould more than crown moulding. I see beauty in Dubai’s eye-catching edifices that emerge out of nowhere and constantly reinvent its skyline. The American in me admires ambition, modernity, scale and – OK, I confess – extremely nice shopping malls. Biggest influencers in digital construction in Q2 2020: The top individuals to follow It is not that I have no appreciation for the great historical cities of Europe. I enjoy a stroll down a cobble stoned street as much as the next gal (strike that — they are actually terrible for anyone wearing heels or with mobility issues). I stand in awe of how lightly Rome wears its epic history. I’m a big fan of Florence. J’adore Paris. As a Londoner, I am proud of how seamlessly the city merges the old with the new: I regularly stop to stare at the inspiring sight of the shining steel-frame towers of the City of London rising up behind the centuries-old stones of the Tower of London.

But I take exception to the idea that a city like Dubai is soulless just because it doesn’t have turrets and thatched roofs.

As an entrepôt and melting pot, Dubai is a true crossroad location with a cosmopolitan character and global outlook. There are more than 200 nationalities living in the United Arab Emirates, according to the government, and with more than two-thirds of the population being non-Emiratis the country has one of the highest percentages of expats in the world. How can it be argued that a place teeming with people from all corners of the Earth, all bringing their own ideas, traditions, cuisines and ways of life, is devoid of culture or authenticity? From the souks and dhows of Deira, the curry houses and Arabic cafes of Bur Dubai, to the European bistros and fine dining of Dubai International Financial Center and the British pubs dotted all around town, there is something for all tastes.

There is a reassuring constancy to places with deep histories, and we should treasure the historical jewels of Europe or elsewhere, but the past cannot always be revered at the expense of the future, and the future is in many ways being written in Dubai. The city never stays the same; every time I return there is something (very many somethings, actually) to discover. Its dynamism is its appeal, and is continually bolstered by the international talent pouring in and by the millions of visitors who flock to Dubai each year.

Open-armed, ever-evolving, forward-looking: this is the culture of Dubai. It is not based on ancient pillars or oil paintings, but it is real nonetheless, and worthy of respect. 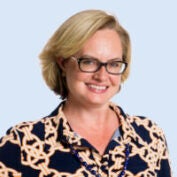 Courtney Fingar is editor-in-chief of Investment Monitor and a widely known commentator on international investment trends. She oversaw the launch of the publication in September 2020 after joining from the Financial Times. Her 20-year career in business journalism includes running the FT’s fDi Magazine and serving as head of content for its associated data division fDi Intelligence. She has covered business stories in more than 80 countries and she is a popular moderator and keynote speaker at economic and investment events worldwide and has appeared on television and radio in dozens of countries.
SUBSCRIBED